On April 26, 2007, Bobby Brown filed a lawsuit against ex-wife Whitney Houston in an attempt to change the custody terms as to their 14 year-old daughter, Bobbi Kristina. In addition to the shared custody, he is seeking child support and spousal support. A court date has been set for June 15, 2007. 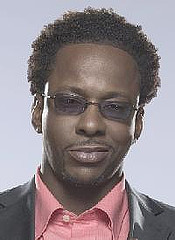 Mr. Brown alleged he was “too screwed up after the breakup to properly handle a custody battle.” He stated “after Whitney and I separated, I had nowhere to go and very little money to live on. I was, for all intents and purposes, homeless”. He stated both these financial and emotional problems prevented him from filing a timely response to Ms. Houston’s divorce petition. He alleges Ms. Houston has not provided the Court with a copy of their prenuptial agreement, and ironically, he does not have a copy of said agreement.

After 14 years of marriage, Ms. Houston filed for divorce in October, 2006, and had been legally separated from Mr. Brown since September 8, 2006. The court awarded Ms. Houston custody of their daughter.

Ms. Houston stated Mr. Brown is “unreliable”. Mr. Brown stated “I believe I have a wonderful relationship with my daughter Bobbi Kris – a relationship that I would like to see strengthen and grow”.

Mr. Brown has two teenage children with a Massachusetts woman, Kim Ward. He recently spent four (4) days in jail, and was forced to pay $11,000.00 in delinquent child-support payments to Ms. Ward by a Massachusetts Judge.