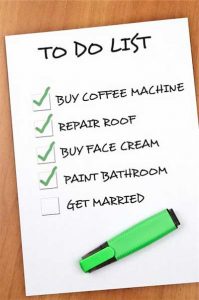 Young New Jerseyans are waiting longer to walk down the aisle, get married and start families, according to the 2011-2015 American Community Survey. And that’s if they get married at all.

Data from the survey indicated that the median age of New Jerseyans getting married for the first time increased by about one year since the last survey was conducted and that the number of residents that have never married has increased by about 5%.  Read “The slow death of marriage in New Jersey” to learn about the factors contributing to this trend as well as the future financial implications it can have.