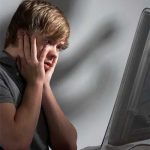 Most people would agree that bullying needs to end. How to best accomplish this and protect our children is the question.

After a number of well-publicized suicides by victims of alleged bullying, New Jersey passed what has been referred to as the nation’s toughest anti-bullying legislation. The Anti-Bullying Bill of Rights was adopted on Sept. 1, 2011 and replaced much weaker legislation that had been on the State’s books. The Bill attempts to prevent bullying through the education of students and school staff about what constitutes bullying; the creation of teams of school personnel and parents to whom these behaviors can be reported; and the investigation of all reported acts of bullying.

Some may say New Jersey’s law is too rigorous, while others may think it doesn’t go far enough. Consider the case of one Wisconsin town that recently made the news by passing legislation allowing for parents of children found guilty of bullying to be fined. Read “Wisconsin Town Will Fine Parents of Bullies $366” to learn more about this most recent anti-bullying measure.