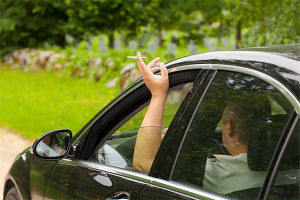 Lawmakers in New Jersey are considering a bill which would make it illegal to smoke in vehicles in an effort to protect children from the effects of second-hand smoke. The bill covers not only cigarettes but any tobacco product including pipes and cigars, as well as electronic cigarettes. The smoking violation would be a secondary offense, meaning drivers would have to be stopped for a different moving violation, such as speeding, before they could be cited for this infraction.

By now, most people are aware of the health risks associated with smoking, including the risks of second-hand smoke. However, opponents to the proposed legislation have cited concerns about this law violating individuals’ privacy rights and have suggested that the majority of parents would tend to use good judgment when it comes to protecting their children’s health without government intervention.

For more details about the proposed law, see the www.njfamily.com article, “NJ Smokers May Face Penalties for Smoking in Cars with Kids.”