A recent article on msn.com 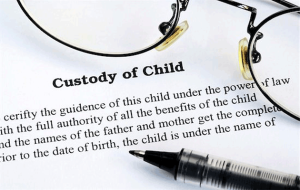 disclosed that Jon Gosselin of the former TLC television series, Jon and Kate Plus 8, was seeking emergency custody of one of his eight children. Currently, Mr. Gosselin’s ex-wife, Kate, has custody of all eight children. If his petition is granted, it would put the Gosselin children in an arrangement known as split custody.

Split custody is uncommon, but not unheard of. It is an arrangement under which different siblings live with different parents. Generally, courts view this type of arrangement as being especially hard on children because not only are they separated from a parent, but they are separated from their brothers and sisters as well. The article, “Splitting Up the Kids,” by retired family law attorney Brette Sember, looks at the negative impacts of split custody, as well as situations where this type of arrangement could be warranted. The article also offers suggestions on how to make the best of a split custody arrangement should the court deem it necessary.