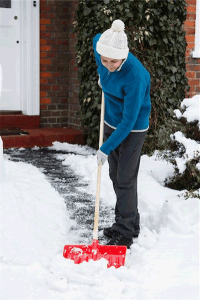 It isn’t unusual in winter to see teenagers shoveling their neighbors’ sidewalks and driveways in exchange for a little extra spending money. In fact, most people would applaud these teens for their hard work. And if they take the initiative to schedule snow removal jobs in response to a snowy forecast, most people would congratulate them for their entrepreneurial nature; however, this advance scheduling could put them in danger of breaking the law. Some New Jersey lawmakers want to change that.

The State Assembly was expected to vote today on a bill, a version of which gained unanimous approval by the State Senate last May, allowing New Jersey’s teens to solicit snow removal jobs without regulation. This bill was drafted in response to an incident last January in which a couple of Bound Brook teens were stopped by local police from handing out flyers in their neighborhood announcing their snow removal services. According to reports, the teens were warned that their actions were in violation of the municipality’s anti-solicitation laws. To read more on this issue, read “Could your kids be breaking the law when it snows?”