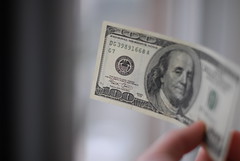 Alimony, otherwise known as spousal support, is intended to protect the less financially stable partner once a marriage ends. However, when circumstances change, this protective order for one partner turns into a hardship for the other and both parties lose. It is the need to address these changing circumstances that have some calling for reform of the State’s alimony laws.

A recent Hunterdon County case illustrates the negative effect New Jersey’s current alimony laws can have on a family. Following his 2011 divorce, John Waldorf was ordered to pay both spousal and child support. The problem was that the spousal support payments alone exceeded his average annual take home pay. Waldorf was jailed for failure to meet his alimony obligations. As a result his ex-wife, who is disabled, received no financial support. To make matters even worse, Waldorf lost his job while in jail, further hindering his ability to meet his court-ordered obligations. (1)

New Jersey’s alimony laws have changed little since first established in the 1940’s and 1950’s and many see flaws in the State’s current laws. The biggest problem is the laws do not adequately address changing circumstances. Currently when a marriage ends, it is the family court judge’s discretion, rather than legislative guidelines, that determines the amount of a support order. (2) Judges take several factors into consideration when making their decision, including length of the marriage, the needs and abilities of both spouses, the standard of living the couple was accustomed to, their earning capacities and how their property is to be distributed. (3)

The alimony award decided at the time of divorce is essentially the award that follows the couple till death. During that time, a number of things can happen to alter the state of the parties involved – an economic downturn; the loss of a job; the start of a new career; reduced income due to retirement; remarriage — the list goes on. Current alimony laws address none of these changes unless the parties involved petition the court for an adjustment. (3)

Efforts are underway to amend current laws making it easier to obtain a modification of an alimony order in the event of changing circumstances and reducing judges’ discretion in setting alimony amounts. (1) In the meantime, the best way to avoid predicaments like the Waldorfs’ is to be proactive and petition the court for modifications to meet your changing circumstances. If you or someone you know needs assistance with an alimony issue, you need a family law attorney experienced with modifications to alimony payments. Contact The Rotolo Law Firm located in Lebanon, NJ.