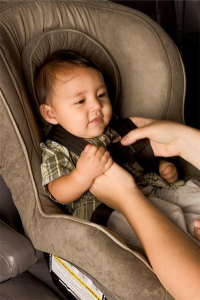 Just as New Jersey parents were adapting to new car seat laws that went into effect this past September 1, a new study gives them something else to worry about – does their car seat even fit in their car?

The new car seat law, which we reported on here earlier this summer, was expected to clear up confusion for parents when deciding which model of car seat was most appropriate for their children. The new law outlined very strict guidelines for when to use booster seats versus car seats and which way to face the car seat according to the child’s age and size. Now a new study indicates that even if parents abide by all these regulations, their child’s safety may still be in jeopardy if the car seat does not properly fit the car in which it is being used.

According to a recent article on nj.com, dozens of tests were conducted only to find that some car restraint seats simply do not fit certain cars properly, posing serious consequences for children. One of the problems is that while cars are getting smaller, car seats are getting bigger and this discrepancy in size can affect the angle at which the car seat sits.

For more information on this safety issue and some tips on how you can overcome it, read nj.com’s article by Tim Darragh’s article, “Child car seats often don’t fit cars properly, study says.”