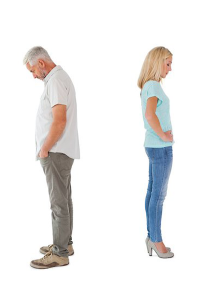 For couples coping with fertility issues, in vitro fertilization (IVF) can help dreams come true. IVF is a procedure through which human eggs are fertilized outside of the body and often frozen and stored for future use, making it possible for some couples who had difficulty conceiving to become biological parents nonetheless. Sometimes, however, relationships don’t work out as expected – couples go their separate ways; marriages end in divorce. In situations such as these, what becomes of the stored embryos?

This has been the question of several lawsuits, most recently a case in San Francisco, CA, which made national news. According to an msn.com article, “S.F. woman who sought to have embryos preserved loses legal case,” a California couple underwent the IVF procedure shortly before their wedding after learning the woman had cancer and that the intended treatment was expected to leave her infertile. While the woman survived her illness, the marriage did not last and a petition for divorce was filed in August of 2013, prompting the issue of the couple’s frozen embryos to come up.

The couple had signed an agreement with the reproduction center that performed the IVF procedure stating that the embryos should be given to the surviving spouse only upon the death of his or her partner; under any other circumstances, including divorce, the unused embryos were to be destroyed. Despite this agreement, the woman sought to protect her chance at becoming a biological parent and claimed the agreement was signed in haste.

The judge hearing the case disagreed. Noting that the woman never informed her spouse or the reproduction center that she would attempt to change the terms of the agreement, the judge ruled that it be upheld. Similar cases heard in other state courts have resulted in similar decisions. Rather than an issue of custody, it comes down to the question of whether or not one person should be able to put another person into a position of accepting parenthood or relinquishing their parental rights.