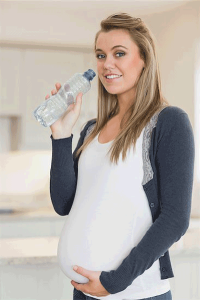 The U.S. Supreme Court is set to hear a case this month that could clarify what responsibilities employers have to their pregnant employees. At the heart of their decision is the determination of whether the Pregnancy Discrimination Act adopted in 1978 requires employers to treat pregnant workers like every other employee or like other workers with restrictions, such as temporary injuries.(1)

The case involves Peggy Young who sued her former employer, United Parcel Services (UPS), under the Pregnancy Discrimination Act for refusing to make accommodations for her condition despite medical recommendations. According to that lawsuit, Young was a part-time driver for UPS when she became pregnant in 2006. Young’s job involved the pick-up and delivery of packages – mostly small packages and envelopes – between an airport shuttle and local businesses and homes. While UPS employment guidelines state that drivers are required to be able to handle packages up to 70 pounds, the packages handled by Ms. Young rarely weighed in excess of 20 pounds.(1)

When she learned she was pregnant, Ms. Young presented her employers with a medical note recommending she not lift packages over 20 pounds in her condition. According to the lawsuit, UPS found that Ms. Young did not qualify for light duty accommodations under company guidelines. UPS policy allowed for employees who had suffered job-related injuries and certain other employees who were injured or sick and covered by the Americans with Disabilities Act (ADA) to be put on “light duty.” Noting that her condition was neither work-related nor covered under the ADA, UPS refused to allow special accommodations and instead put Ms. Young on unpaid leave for the duration of her pregnancy. That move caused Ms. Young to lose her medical benefits as well as her salary, the suit stated.(2)

The Pregnancy Discrimination Act was designed to make sure pregnant women and those that had just given birth were treated equally in employment-related issues as other non-pregnant employees with similar work abilities and inabilities. Prior to adoption of the Act, pregnancy was often grounds for termination because pregnant women were not given any special protections under anti-sex discrimination laws.(2)

Arguments supporting Ms. Young state that if UPS’ business policy allows for “light duty” accommodations for other employees who either were injured on the job, covered under ADA guidelines or lost their driving privileges according to Department of Transportation regulations, the company should allow the same accommodations for pregnant workers. Opposing views argue, however, that UPS has created a “pregnancy blind” policy, meaning their guidelines treat pregnant workers no different than other employees and point out that neither the Pregnancy Discrimination Act nor the ADA mandates special accommodations for pregnant workers.(3) Although UPS maintains that this policy was in keeping with the law, it has announced that beginning next year, the company will offer “light duty” accommodations to its pregnant employees.(2)

Taking the Pregnancy Discrimination Act one step further, several states including New Jersey have passed laws which specifically require companies to make reasonable accommodations for their pregnant employees. New Jersey’s Pregnant Workers’ Fairness Act (PWFA) was signed into law last January 21 and requires all employers regardless of size, except federal employers, to provide accommodations for their pregnant employees even if such accommodations are not available to other employees, including disabled workers.(4)

It is estimated that about 85% of female workers in this country will get pregnant at some point during the course of their employment, yet federal laws like the Pregnancy Discrimination Act and the ADA are somewhat ambiguous about the treatment they can expect from their employers. While a Supreme Court decision in favor of Ms. Young would not reinstate her lost wages or benefits, it could clarify for both courts and businesses the employers’ responsibilities toward their pregnant workers and eliminate the need for women to choose between family and job.(5)