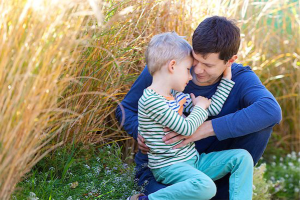 Earlier this month, a blog written by Candice Curry and titled “An Open Letter to My Daughter’s Stepmom” gained mass media attention for dispelling the myths of the “evil step parent” and exploring the difficulties and benefits of co-parenting.(1) Material such as this leads to the question, what are the rights of stepparents?

Without legal custody, a stepparents’ rights generally are very limited. Even in cases where the child’s biological parents designate the stepparent to handle issues pertaining to the child’s health or education, medical professionals including hospitals and school authorities are not required to provide the stepparent with information or to carry out his or her instructions regarding the child.(2) Stepparents also do not have the right in a divorce proceeding to seek custody of a child over that child’s biological parent, except in extreme cases where the stepparent can demonstrate that child abuse has occurred. While courts almost always will grant custody of a child to a blood relative, if a stepparent is the only remaining parent and has built a strong relationship with the child, courts could possibly grant custody to the stepparent.(3)

In New Jersey, there is precedence for “third parties” being allowed contact with or awarded custody of a child. Although this is typically associated with grandparents, it can apply to stepparents as well. In order to be awarded custody, however, a stepparent would need to prove that terminating his or her relationship with the child would be harmful to that child, a higher standard than the “best interests of the child” standard typically considered in custody matters.(4)

The legal relationship between stepparent and child changes in the event of adoption. Adoptions by stepparents, which is the most common type of adoption in this country, most often occur when the child’s non-custodial parent remarries and that parent is unable, unwilling, or found to be legally unfit to continue parenting his or her child.(5)

Under New Jersey law a stepparent is required to be 18 years old or older when filing for adoption and, at the same time, must be at least 10 years older than the child he or she is seeking to adopt. This age requirement can be waived under certain circumstances. Each stepparent adoption considered in family court is decided on a case-by-case basis.(5)

New Jersey courts require stepparents to demonstrate a commitment to the caring for and custody of the stepchild before granting the adoption. The stepparent must also obtain the consent of his or her spouse to the adoption in writing before beginning adoption proceedings. This consent is not needed if the stepparent and his or her spouse have divorced. However, in that instance, both biological parents, if living, would need to voluntarily relinquish their parental rights or be deemed unfit to parent by a court. The stepparent would then be required to demonstrate to the court why he or she should be granted custody over another biological relative of the child.(5)

New Jersey law further requires Complaints for Adoption to be filed in the family court in the county in which the child resides. Children age 10 or older may be asked to state their opinion on the adoption at the court hearing. It is up to the individual judge as to whether or not to consider this opinion as a factor in deciding on the adoption. The law also requires notification be given to the child’s other legal parent. That parent, in turn, would have 20 days to respond and may contest the adoption.(5)