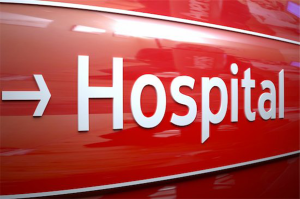 The Connecticut Supreme Court last week upheld a lower court ruling forcing a 17-year-old cancer patient to undergo chemotherapy treatments despite her expressed objections to the treatments because, the court stated, the girl’s attorneys had failed to prove that she was mature enough to make such decisions.(1)

This ruling has garnered much debate over when a person, particularly a minor, has the right to make decisions regarding his or her medical care. In most cases, the parents of minors, (i.e., children under 18) are responsible for making decisions relating to their child’s medical treatment. However, there are circumstances where states may step in and make those decisions in place of the parents. Such is the case in Connecticut.

According to reports the girl, identified only as Cassandra C., was diagnosed last September as suffering from Hodgkin’s lymphoma, which has been described as a serious yet highly curable form of cancer. Following her diagnosis, the girl underwent surgery to have part of her lymph nodes removed. Doctors recommended that this procedure be followed by chemotherapy treatments. According to medical experts, chemotherapy treatments have an 80 to 95% cure rate for this form of cancer. Without the treatments, however, they say Cassandra is likely to die within a couple of years.(1)

Despite this prognosis, Cassandra expressed concerns about the long-term effect the chemotherapy could have on her internal organs and her fertility and refused the treatments. Her mother reportedly supported her decision.(2)

The law requires doctors to report cases of suspected child abuse and neglect. In this case, Cassandra’s mother’s support was seen as tantamount to abuse in light of the doctors’ prognosis for her child’s chances of survival without the chemotherapy treatments. Doctors referred the case to Connecticut’s Department of Children and Families (DCF), which took the matter to the Connecticut Superior Court. The court ruled in favor of DCF, granting that agency temporary custody of Cassandra and, as a result, the authority to make decisions regarding her medical treatment.(2)

Cassandra and her mother appealed the court’s decision on several grounds: 1). Their constitutional rights were violated.  2). Connecticut failed to acknowledge the mature minor doctrine. And 3). According to Connecticut common law, which is based on precedence established through earlier court decisions, a patient cannot be forced to undergo treatments if their refusal is based on a knowing and informed decision.(2)

The mature minor doctrine is a principle of law that permits minors to make decisions regarding their health and welfare provided they can prove they are mature enough to do so. It was intended to prevent the need for parental consent from stopping minors from seeking necessary medical treatment for conditions they would rather not discuss with their parents.(3) The doctrine exists in one form or another only in 17 states. Connecticut is not one of those states; neither is New Jersey.(4) Usually, the doctrine, where it does exist, applies to minors who are at least 16 years old and have an understanding of the related medical procedure which, in most cases, is not serious.(3)