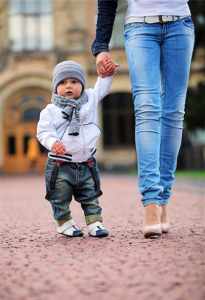 One of the most difficult and emotionally charged decisions facing couples contemplating divorce involves the custody of the children. Most agree that, whenever possible, equal involvement in the child’s life on the part of both parents is the best solution. New Jersey family courts share this opinion but will put the best interest of the child first when deciding custody issues.(1)

There are two separate forms of custody: legal and physical. Legal custody determines who has the responsibility for making important decisions for the child, particularly concerning medical and educational needs, while physical custody relates to the parent with whom the child lives.(2)

Couples who are able to maintain open communication and work together cooperatively on matters concerning their children can craft a child custody plan either on their own or through mediation based on what works best for parents and children alike. That plan can then be submitted to the court to be filed as a custody order.

Parents can share both legal and physical custody of their children. Sharing legal custody means both parents work together in making major decisions for their children usually on matters relating to finances, medical treatment, school, religious upbringing and where the children live. It helps when parents share similar opinions and values regarding these issues. If there are strong differences of opinion, the court may decide that it would be in the best interest of the child if legal custody was granted to only one parent.

Sharing physical custody means that the child spends equal time living with each parent, whether that time is divided by months or days of the week. This arrangement requires that the parents live in close proximity so as not to cause too much disruption in the child’s school and social life. The goal is to find the arrangement that works best for everyone involved.(3)

Laws and procedures relating to child custody issues differ by state. In New Jersey, courts look at certain factors when determining custody matters. Generally, those factors will include such things as:

Certain circumstances warrant additional considerations. For instance, the courts will consider any history of domestic violence that may have been reported, or a history of unwillingness on the part of either parent to accept terms of any formal or informal custody arrangements previously reached. Courts may also consider the preferences of children over the age of 12 as to which parent they would rather live with when deciding custody issues.(1)

There may be occasions when joint custody is not in the best interest of the child and a parent can petition for sole custody. In doing this, however, the parent must be prepared to offer evidence as to why the other parent is not fit to have custody.(4)

No matter how amicable your divorce and child custody arrangements may be, a custody order issued by the court can help keep all parties accountable to the terms previously agreed to. If those terms are violated by either parent, the custody order provides the other parent with a basis for having the agreement enforced. Sometimes circumstances, such as an illness, a change in job, or a relocation will occur making it impossible for a parent to abide by the terms of an existing custody plan. It is possible to adjust the terms of a custody order by filing a motion to change the custody arrangements with family court.