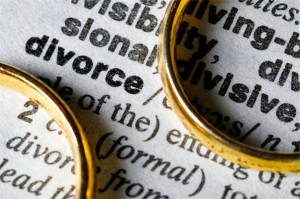 Governor Chris Christie recently signed into law long-debated changes to the State’s alimony laws. The new laws represent the first significant changes to a system which, for years, has been criticized as being too harsh and outdated.(1)

One of the major changes is the elimination of permanent or lifetime alimony. Under the new law, paying spouses can request their obligation end, or at least be modified, once they reach age 67, which is the federally recommended retirement age. A major criticism of the old law was that paying spouses often were forced to continue working well after reaching a reasonable retirement age in order to meet their court-ordered alimony obligations.(2)

The new law also imposes a limit on the duration of alimony payments in marriages that lasted fewer than 20 years. With the change, alimony payments awarded for such unions now cannot be ordered for longer than the term of the marriage. The law does, however, allow judges to order extended payments under certain exceptional circumstances.(2)

Additionally, the amended law makes it easier for the paying spouse to seek an end to payments, if the receiving spouse begins living with another person, with the inclusion of more specific guidelines about what constitutes cohabitation.(2)

While one side of the alimony debaters pushed for drastic changes to a system established when one spouse, usually the wife, was more financially dependent on the other and had few financial opportunities available to them post-divorce, the other side  feared the changes would compromise judges’ ability to use discretion in individual cases and leave the dependent spouse more vulnerable. The new law represents a compromise between both sides. (1)

One of the criticism of the new law is that it does not go far enough, specifically that it does not extend to those who are already paying alimony (with the exception of the change allowing paying spouses to petition for an end to their obligations once they reach retirement age), and that it does not impose strict limits on the duration of payments. Still, the new law has the potential to impact tens of thousands of State residents. According to court statistics, there were more than 26,400 divorce filings in the State for the period July 2013 through May 2014.(3) Even with the changes, however, New Jersey’s alimony laws are still harsher than those of the neighboring states of New York and Pennsylvania.(2)

While the new law clears up a lot of the problems with alimony obligations, it also raises additional questions. Lawmakers are scheduled to revisit the changes a year from now to make sure they are having the desired effect.(3)