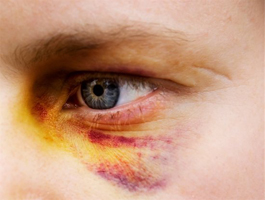 Almost five months after it was due, the State’s Attorney General’s Office issued its report on a proposed bill that would allow for electronic monitoring of certain offenders convicted of domestic violence. The report casts doubt on how reliable the program would be and raises issues about its cost.(1)

Lisa’s Law, named after Letizia Zindell, a Toms River woman killed by her former fiancé in 2009, calls for the monitoring of certain domestic violence offenders by use of a GPS system that would warn their victims if they were in close proximity. For the monitoring system to work, both abusers and victims would be equipped with a GPS devise. The law was to be tested with a pilot program in Ocean County.(1)

The bill won unanimous approval by State lawmakers at the end of last year, but was conditionally vetoed by Gov. Christie pending review by the State Attorney General to establish if the necessary technology was available. Although the report was due this past May, it was not released until October 1.(2)

In the report, the Attorney General pointed out that a similar monitoring system is already used by the State’s parole board to track certain offenders deemed to be high-risk and expressed concern with increasing the program to include both offenders and victims of domestic violence. Among areas of concern addressed were the unreliability of the necessary technology, which could give victims a false sense of safety, and the possibility the devices could be used by both offender and victim to harass each other. The report also raised questions about the willingness of victims to be monitored and the cost-effectiveness of the program. It was estimated that the pilot program alone would cost up to $2.4 million to implement.(2)

Assemblyman Troy Singleton, a Democrat from Burlington County, questioned the thoroughness of the research behind the report, noting it only cited examples from three counties located in Kansas, Minnesota and Missouri to back up its findings. Mr. Singleton, who together with Assemblyman Ron Dancer (R-Ocean County) has re-introduced the bill, cited a contrasting study conducted by the U.S. Department of Justice in 2012. According to that study, 149 out of 616 respondents representing 43 states, the District of Columbia and Puerto Rico used GPS technology to monitor domestic violence offenders.(2)

Since the country adopted the Violence Against Women Act 20 years ago, domestic violence incidents nationwide have decreased by 75%. Still, statistics show that three women die each day as a result of acts of domestic violence.(3) Locally, SAFE in Hunterdon reported that in 2011 alone, police departments throughout Hunterdon County received 696 domestic violence related calls.(4)

Although women are most often thought of as its victims, domestic violence does not discriminate based on race, gender or socio-economic background. In fact, a 2010 survey conducted by the Center for Disease Control found that men accounted for 40% of the victims of severe physical domestic abuse.(5)

According to a Presidential Proclamation declaring October as Domestic Violence Awareness Month, almost two-thirds of all Americans over the age of 15 know someone who has been the victim of domestic or sexual violence. Domestic violence is defined as the emotional and/or physical abuse of one person by another with whom they share an intimate relationship. This relationship can be between spouses, siblings, parent and child, and significant others. Age is not a factor; in fact, one of every ten teenagers today suffers physical violence at the hands of someone they are dating.(3)

Through the years, efforts have been made to teach women how to recognize the signs of an abusive relationship and where to find the resources to get help. Today the emphasis is on raising awareness of the domestic violence problem among all segments of society, including men and youth. The “1 is 2 Many” initiative introduced by Vice-President Joe Biden aims at spreading awareness of dating violence, while the “It’s On Us” initiative addresses dating violence and sexual assault specifically on college campuses.(3)

On a local level, both SAFE in Hunterdon and the Resource Center of Somerset have planned events this month to heighten awareness of this issue, culminating in candlelight vigils to honor both victims and survivors, scheduled for October 9 in Somerset County(6) and October 23 in Hunterdon County.(4)

In the meantime, Assemblyman Singleton has vowed to continue his efforts to see Lisa’s Law adopted in New Jersey.(1)