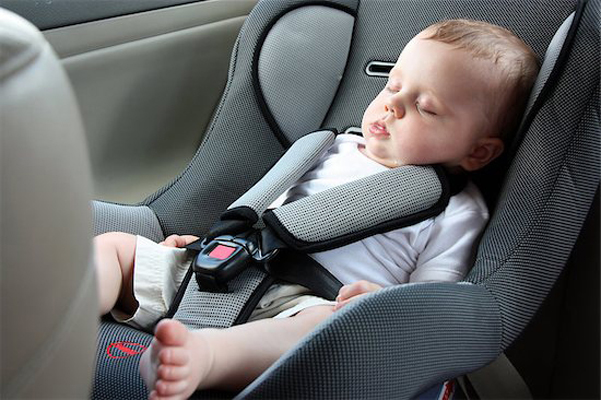 At what age is it okay to leave a child unattended? In New Jersey, the answer depends on a number of circumstances, including where the child is being left.

A New Jersey appeals court recently ruled that a parent or custodial guardian who leaves a young child unattended in a motor vehicle, even if only for a few minutes, can be charged with abuse or neglect. This decision was in response to a 2009 case in which a mother left her young child asleep in a car seat while she ran into a store to purchase party supplies. Although she was gone only for a few minutes, the police were present when she arrived back at her car and she was arrested. Originally charged with child endangerment, the woman requested a hearing with Child Protective Services. However, since she did not deny leaving her child alone, her request for a hearing was denied.(1)

New Jersey law states that a parent is responsible for taking care and avoiding situations that may put their child at risk either physically, mentally or emotionally. If a parent is aware of potential dangers and does not supervise the child or otherwise creates a risky situation, that parent may be guilty of abuse or neglect.(1)

There are numerous dangers that could arise from a child being left unattended in a motor vehicle:

• Temperatures inside a vehicle can change quickly in either hot or cold weather, presenting dangerous conditions for those left inside.

• If the vehicle is left running to avoid such temperatures changes, a child could conceivably disengage the gears and accidentally put the vehicle in motion.

• The danger of car thefts or kidnappings exists in even the best of neighborhoods.(1)

State law does not specify at which age it ceases to be unlawful to leave a child unattended in a vehicle. However, laws pertaining to abuse and neglect protect all children under the age of 18. (1)

When evaluating whether abuse or neglect has been committed, the law also considers the reason the child was left alone. A parent who leaves a sick child unattended while running into the pharmacy for medication for that child may be viewed more favorably than a parent who left a child alone for a non-medical-related reason. That is because the former situation has a sense of emergency while the latter does not.(1)

What about leaving a child home alone? Essentially, the same rules apply, but the risks and dangers differ. According to a Census Bureau report, about 7 million school-age children are left home alone on a regular basis each year. Statistics also show that about 4 ½ million children suffer injuries at home each year, most of which occur during evenings when the children are unsupervised.(2) Still, only a few states – Maryland, Oregon and Illinois among them – have laws specifying at what age it is okay to leave a child home alone.(3)

New Jersey does not have such a law. Child protection officials note that chronological age alone is not enough for determining whether or not a child can be left alone safely. Parents need to consider the individual child’s temperament and maturity. Still, the National Safe Kids Campaign suggests that no child younger than 12 should be left home unsupervised.(4)

Parents who determine their children are capable of staying home alone for a few hours are reminded to take the following precautions:

• Review your house rules – Should the child answer the phone or use the stove when alone? Discuss various scenarios and their reactions to each.

• Provide emergency contact information – Make sure these numbers are visible and conveniently located near all phones.

• Slowly introduce your child to being left alone – Try leaving your child on his or her own for brief periods of time and stay close in case you need to return in a hurry. This helps children adjust to the idea and gain confidence.(4)