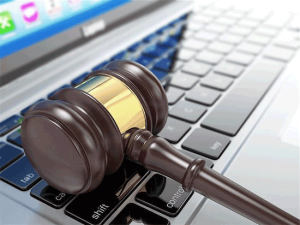 There is little question that for many people social media has become a popular way of communicating milestones and accomplishments with close friends and family as well as with distant relatives and others they have lost touch with over the years. People don’t hesitate to post happy events like new jobs, births, weddings and engagements, but less joyous events like divorce are another story. Usually such news is announced with a subtle change in status, but that may soon shift considering a recent ruling by a New York judge allowing Facebook to be used to notify an absentee spouse about a pending divorce. (For details, read “Judge rules that you can now divorce your spouse on Facebook.”)

Under ordinary circumstances, a person seeking a divorce files a petition with the court to terminate his or her marriage. The court then serves the other spouse with notification of the intentions, giving that person the opportunity to contest the divorce. There are instances, however, when the whereabouts of an estranged spouse are unknown and the person filing for divorce must make a diligent effort to locate him or her before the divorce proceeds. An earlier blog published on this site, “Divorcing an Absent Spouse Requires Detective Work,” outlined the basic steps to take when divorcing an absent spouse. In light of the court ruling mentioned above, posting to Facebook can now be added to that list.