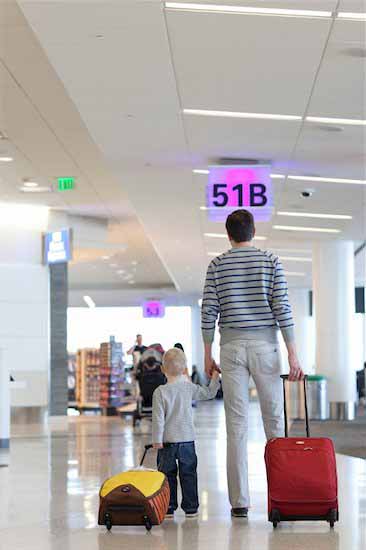 President Barack Obama last week signed into law the Sean and David Goldman International Child Abduction Prevention and Return Act providing more governmental support to American parents who are embroiled in international legal battles to regain custody of children who had been abducted by their ex-spouses and taken to a foreign land. The bill was inspired by the highly-publicized, five-and-a-half year fight by New Jersey resident David Goldman to regain custody of his son Sean.(1)

Mr. Goldman’s battle began in 2004 when his then-wife took the couple’s son to visit family in her native country of Brazil. While there, the former Mrs. Goldman filed for divorce from her husband, sparking the beginning of the couple’s international custody battle. Eventually, the former Mrs. Goldman remarried but died shortly thereafter from complications suffered during childbirth. Rather than resolve the custody issue, her death complicated matters as her parents and then-husband continued her fight to retain custody of the Goldman’s son. Mr. Goldman continued his fight for custody, going so far as to enlist help from the U.S. State Department, before a Brazilian court eventually ordered the child returned to his father’s home in the States.(2)

The story of Mr. Goldman’s custody fight is not unique and the Goldman Act is designed to help American parents currently going through similar legal battles. Bindu Phillips of Plainsboro, NJ, is one such parent.

Ms. Philips’ story began in December of 2008 when her husband, Sunil Jacob, took the family on a surprise vacation to India. Once they arrived, Ms. Philips’ ex-husband separated her and her family from the couple’s twin boys. The father enrolled the boys in school without Ms. Philips’ knowledge and, upon learning that the school’s principal was allowing her weekly contact with her children, the father transferred the boys to another school. After a few months, Ms. Philips returned to the U.S. but continued her fight for custody of her twins. Her ex-husband continues to deny her access to the children and her efforts to communicate with them through a website were blocked when an Indian court order shut down the site.(1)

Custody arrangements are an emotional issue for any couple in the midst of separating. U.S. divorce laws are designed to help couples reach amicable arrangements for the custody of their children whenever possible. Child custody arrangements negotiated as part of divorce settlements are court-ordered guidelines establishing the role each parent is to play in the child’s care and upbringing and, as such, are enforceable by law. Enforcement becomes complicated, however, when foreign governments become involved, particularly governments of countries that are not members of the Hague Abduction Convention, an agreement that establishes procedures for member countries’ handling of international child abductions.(2)

The Sean and David Goldman International Child Abduction Prevention and Return Act was originally passed by Congress last December and approved, with modifications, by the Senate on July 16. It was then readdressed by Congress, winning final approval on July 25 before being submitted for Pres. Obama’s approval.(3)

The Act serves a twofold purpose. The first is to assist parents involved in international legal battles for custody of their children by granting the U.S. State Department the authority to use forceful measures against countries that refuse to help return American children held in that country illegally to their homes in the United States. The second purpose is to help prevent such cases from happening in the future by
– requiring U.S. diplomats and consular to monitor abduction cases and negotiate agreements with those countries not apt to join the Hague Abduction Convention; and

– requiring the annual release from the State Department of a comprehensive report on international child abductions by parents and include in those reports information on whether or not the country in question has a pattern of not complying with efforts to resolve parental child abductions.(2)