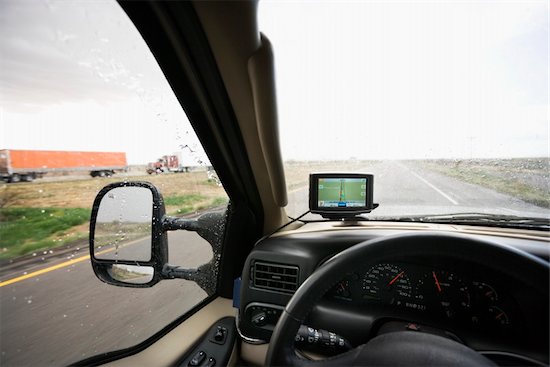 For most of us, the term “GPS” has become shorthand for the navigational system we rely on to get from one location to another or to help find alternative routes in the face of traffic congestion or road detours. This same technology, which uses satellite signals to determine location, can also be used to track the whereabouts of a vehicle or person carrying the device, with or without that person’s knowledge.

Whether or not such GPS use constitutes a violation of privacy rights or protections from unlawful searches and seizures as guaranteed by the Fourth Amendment has been the subject of much debate over the past few years. Now lawmakers in Trenton are expected to grapple with at least one aspect of this question once again when they reconvene next month.(1)

It has been reported that Assembly Republican Leader John Bramnick of Westfield is preparing a bill that would make it illegal in New Jersey to use a GPS device to track a person’s whereabouts without his or her consent, a restriction that would apply even to spouses looking to catch their partners in adulterous situations or other incriminating activities.(1)

Currently it is not a crime in New Jersey for a spouse to install a GPS device in a car for the purpose of monitoring his or her partner’s whereabouts specifically for the purposes of proving adultery or other behavior that can be used against that partner in divorce proceedings. In New Jersey, couples seeking to end their marriage have the option of filing for a “no-fault” divorce, which means neither party has to prove the other did anything to cause the relationship to fail, or file for divorce based on “grounds.” Even though New Jersey allows for no-fault divorces, court decisions regarding alimony, child custody and support, or even property division can be influenced by grounds, which include physical or mental cruelty, desertion and adultery.(2)

Back in 2011, a New Jersey Appellate Court upheld a decision by a lower court that had ruled in favor of a woman who, at the suggestion of a private investigator, installed a GPS device in one of the couple’s cars in an effort to confirm her suspicions that her husband was having an extra-marital affair. Although information gathered by the GPS led the woman to discover her husband in the company of another woman, the husband sued the investigator for violation of his privacy rights. The court ruled, however, that because the GPS only tracked the vehicle on public roads which were in plain sight, there was no expectation of privacy, and as such, no violation of privacy rights.(3)

Despite this court decision, many people question whether the use of tracking devices without the knowledge and consent of the person being tracked is right. The answer, it seems, depends on the circumstances. As technology advances, it appears everyone from disgruntled spouses to law enforcement agencies and commercial entities use location tracking systems as a means to their own ends. Courts have ruled in some cases that such tracking required the issuance of a search warrant while in others it did not, confusing the question of who has the right to use these tracking devices without consent and who doesn’t.

One major area of concern over the use of tracking devices is with cases of domestic violence. Abusers have been known to use such devices to control their victims’ comings and goings and even to stalk their victims after separation.

Last year U.S. lawmakers again introduced legislation that would not only require government agencies to obtain warrants before installing GPS devices to track suspects but also would set specific guidelines so that everyone from scorned spouses to law enforcement agencies to commercial entities would know how information gathered by these systems could be accessed and used.(4)

In the meantime, Rep. Bramnick’s bill would make using a GPS tracking system without a person knowing about or consenting to its use a fourth degree crime, punishable by a jail term of up to 18 months and a fine of $10,000 or both. The bill would carry certain exceptions, such as a parent’s ability to monitor the whereabouts of his or her children.(1)