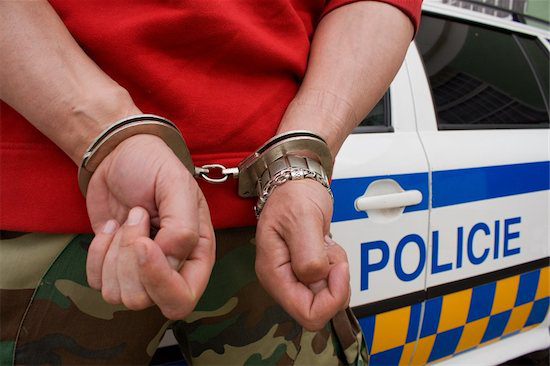 Restraining orders don’t just go away. That’s the lesson one New York couple learned after a routine traffic stop in New Jersey led to the driver’s arrest on contempt of court charges stemming from violation of an outstanding protection order.

Earlier this month, Clinton Township Patrolman John Tiger stopped a vehicle for failure to use a turning signal as the driver turned off of Route 31 into a business, according to news reports. During that stop, Officer Tiger discovered there was an outstanding order for protection, or restraining order, against the driver. He also learned that the person who sought the restraining order was the passenger in the car at the time of the traffic stop. However, she informed the police that she had changed her mind about the order and thought that it would “just go away.” (1)

Restraining orders are legally binding orders issued by the court in an attempt to provide protection for the petitioner from abuse or harassment by another person. These orders are usually issued in domestic violence situations and can involve anyone with whom you have a relationship: a spouse or ex-spouse, a current or past member of the household, a boyfriend or girlfriend, or someone with whom you are expecting a child. The orders restrict contact between an alleged abuser and his or her victim by prohibiting the alleged abuser from making contact or coming within a defined distance of the alleged victim. (2)

Essentially, there are two types of restraining orders: a temporary restraining order (TRO) and a final, or permanent, restraining order. Both types of restraining orders are granted through the Family Division of the Superior Court either in the county where the victim or the abuser lives or where the alleged abuse or harassment has taken place. The court reviews requests and, if satisfied of the need, will issue a TRO which will provide protection until a formal hearing is held. In emergency situations when courts are closed, a TRO can be obtained by visiting the local police station or calling by 9-1-1. Temporary restraining orders are in effect for a specified period of time, usually ten days, and are meant to give both sides time to prepare for the full court hearing. TROs can be extended by the court if the defendant, or alleged abuser, fails to appear at the hearing. (2)

In some cases, the person requesting the order may have a change of heart and no longer feel that protection is necessary. However, unless that person takes steps to cancel the restraining order, it will remain in place and be enforceable, even in another state. In the situation mentioned above, the protection order had been issued in New York but was enforceable in New Jersey thanks to the Violence Against Women Act. That Act, which is a federal law, grants all valid restraining orders issued in this country “full faith and credit” in all U.S. courts. Simply stated that means every state has the authority to enforce restraining orders issued in other states in the same manner as they would enforce orders issued by their own courts. However, while a state can enforce orders issued in another state, it cannot change or extend such orders. (3)

If there is a change of circumstances and the person who sought the restraining order wants it dropped, they can file a motion with the court to rescind the order. Abuse victims are cautioned to proceed carefully here, however, because courts can be hesitant to issue future protection orders once one has been rescinded. Just as motions for restraining orders should contain details of the alleged abuse to help the court in deciding whether or not the order is warranted, motions to rescind such orders should include specific reasons why the victim no longer feels the need for protection. (4)

It is important to understand that until a judge declares a protection order null and void, it remains in effect and, as such, all parties involved with the order are bound to follow its terms until the court says otherwise. Failure to do so could result in a contempt of court charge for either party found in violation of the order. (4)