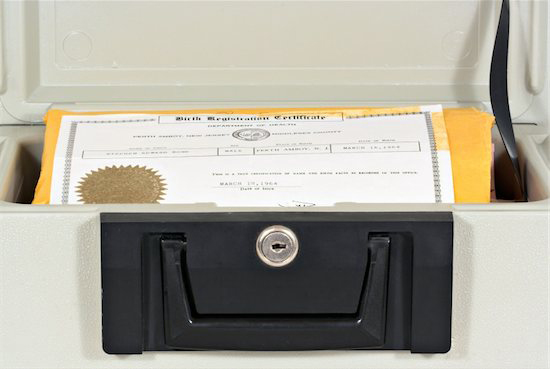 It took more than 30 years, but New Jersey lawmakers may have finally reached a compromise that satisfies both adoptees’ right to know and their birth parents’ right to privacy. That compromise is the basis for a bill which, last week, won conditional approval from Gov. Chris Christie, and now awaits final approval by both the State Senate and Assembly next week. (1)

Gov. Christie announced he would sign the bill provided it allowed a “suitable” period of transition for parents of birth children adopted before August 1, 2015 to decide if and how they would like to be contacted. He recommended that the law not take effect until after December 31, 2016 in order to accommodate this. Usually laws take effect six months after being signed. (1)

Under the bill, adopted children 18 years or older, or members of their families including adoptive parents or guardians, would be able to access a child’s original birth record without court intervention. Included with this record would be information regarding the biological parents’ preference of whether or not they would want to be contacted and, if so, how. (2)

Biological parents who gave up children for adoption prior to August 1, 2015, would have the option of being contacted directly, through a confidential intermediary, or not at all. That decision could be changed at any time at their discretion. (1)

Those parents choosing not to be contacted could request their names be redacted from the original birth record; however, they would be asked to file a family health history with the State Health Department and to update that history periodically – every ten years until they reach age 40 and every five years thereafter. This medical information would be available to the adopted child. All parties entering into adoption agreements after August 1, 2015 would do so with the knowledge that the adoption was an open arrangement, meaning the adopted child would have full access to his or her birth records and the birth parents would be unable to redact their names from those records. (2)

Recent advancements in medicine have highlighted the important role family medical history can play in a person’s preventative medical treatment, to the point of possibly saving or prolonging a life. Lawmakers believe the compromise presented in this bill will satisfy adoptees’ rights to this important information without violating the privacy of those parents who believed their decision to surrender their child for adoption would be a private one.

Not everyone is happy with the bill, however. Some adoptees believe the wait is too long. Certain opposing groups still believe open birth records would preclude some birth parents from viewing adoption as a viable alternative. Ironically, the decision to close adoption records had more to do with protecting adoptive families from interference by birth parents who may have a change of heart, than with protecting the identity of birth parents; it also concealed the fact of whether or not a child was born out of wedlock. (3) Members of NJ CARE (New Jersey Coalition for Adoption Reform and Education), a Morristown-based volunteer group instrumental in pushing for this type of legislation, believes it is a big step toward reversing a 1940 court action which closed New Jersey adoption records. (2)

Some 175,000 New Jersey adoptees would be affected by the passage of this bill, which now awaits a vote by the State Senate on May 12 and the State Assembly on May 15. If approved, the Governor would have 10 days in which to sign the bill into law. (3)