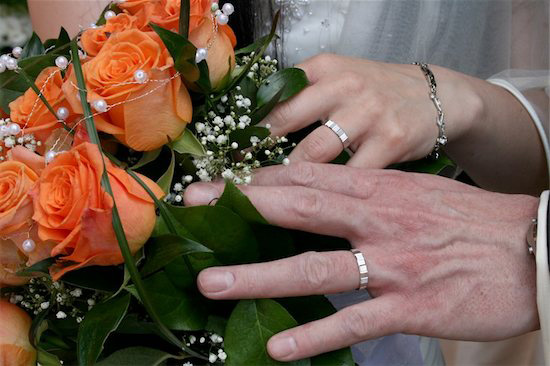 Waiting to marry appears to be a growing trend in this country and one that is expected to continue for the forseeable future. The average age for women marrying for the first time is approximately 27 years, while for men it is about 29 years, according to a recent article in AARP Magazine.(1)

One reason behind this trend is that other events traditionally considered signs of adulthood are being postponed. Young people are waiting until they complete their education and establish themselves in the workforce before settling down. This in itself is taking longer as more people, especially women, are staying in school to pursue advanced degrees. Other contributing factors are alternative methods for starting families (i.e., adoption, surrogacy), and the fact that most people no longer believe marriage is essential to financial security.(2)

For some, postponing marriage offers advantages. It offers time to develop a better understanding of who they are and what they want from life, making it easier to find a suitable partner. Additionally, the time and energy involved with establishing a career can then be devoted to nurturing a relationship once a career is established. Marrying at a later age, whether it is a first-time union or a remarriage, however, presents an array of issues couples should address sooner rather than later, mostly concerning finances and estate planning.

In the past, it was customary for couples to move from their parents’ homes to their marriage homes where they began a fresh life together. With the current trend, people are coming into their marriages with personal savings, debt and financial experience. Each partner to the marriage has personal experience dealing with financial matters and their two methods may or may not agree.(1)

One way to resolve some potential financial issues is to simply talk it out before exchanging vows. Decide what finances to keep separate, what to combine and who is responsible for what. And, if need be, include these decisions in a prenuptial agreement. While this may cover discretionary income and certain routine debt, there are other financial assets and obligations that require careful consideration, especially for those remarrying who may have a family from their previous relationship.

While many people believe all assets will be distributed as he or she wishes as defined in a will, not all financial assets are covered by wills. Many retirement accounts, as well as insurance policies, have beneficiary forms that supersede any arrangements outlined in a will. In regards to an IRA, for example, the person named as beneficiary on that account will get that money upon death regardless of what is contained in a will. With a 401(k), on the other hand, a spouse receives all of the benefits as defined under the law; beneficiary forms and wills are irrelevant with these accounts. To designate someone other than a spouse for these 401(k) benefits, a spouse must waive his or her rights in writing.(3)

Annuities, another popular financial instrument used for retirement accounts, as a rule are in effect only through the lifetime of the purchaser. At the time of death, a spouse would receive the current investment value of the annuity or the defined death payout. Covering both spouses throughout their lives would generally involve paying more or agreeing to a lower guaranteed income.(1)

One mistake people often make after getting married is not changing all beneficiaries on their financial assets. They may rewrite their wills, for instance, but fail to change the beneficiaries on their individual policies or investments. As a result, assets are not distributed as they would like after their death.

If you wait to marry after you have taken the time to establish your finances or if you are remarrying after raising a family, taking the time to review all your financial assets will ensure distributions are made according to your wishes upon your death.