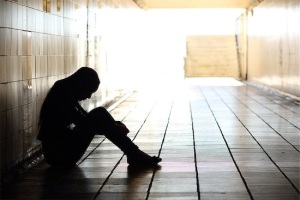 Although New Jersey ranks among the three states to claim the lowest suicide rate, suicide does remain a serious issue that has been attracting a lot of attention lately. Among the groups working to increase awareness of this growing problem is the group most affected by it – teens and young adults.(1)

According to the Center for Disease Control (CDC), statistics compiled in 2010 showed that suicide ranks second as the leading cause of death for people between the ages of 10 and 24. A Youth Risk Behavior Survey conducted in 2011 disclosed that one out of every seven high school-age students in the U.S. has either attempted or considered suicide.(1)

These sobering statistics have led other young adults in New Jersey to take action to raise suicide awareness. Keystone Club members from the Boys and Girls Club of Jersey City were instrumental in preparing a bill currently being considered by the State legislature.(2)

The “Boys and Girls Club’s Keystone Law” would allow minors to get help from therapists and social workers without prior consent of an adult, much like existing bills which allow teens and young adults to receive treatment for alcohol or drug abuse, sexual assault, certain sexually-transmitted diseases, HIV and AIDS without adult consent. The bill, if passed, would add New Jersey to the list of 16 other states with similar laws on their books.(2)

The CDC stated that one out of every three deaths in the 10 to 24 age group is due to suicide. Based on these numbers, it estimates there will be about 2,000 suicides and 5,000 attempted suicides each year by this age group. The Keystone group believes that giving minors direct access to treatment will help them overcome the stigma that too often keeps them from seeking the help they need.(2)

The bill received unanimous approval by the State Assembly’s Women and Children Committee when it was introduced early last month and has been presented to the Senate’s Health, Human Services and Senior Citizens Committee for initial approval at its next voting session scheduled for November 13. If approved by the Committee, the bill then will be presented to the State Assembly at its next voting session also slated for November 13.(2)

Meanwhile a group of students from Rumson-Fair Haven Regional High School took the opportunity during last month’s Teen Suicide Prevention Awareness Week to bring this matter to light by selling plastic bracelets inscribed with the message “I can NOT be replaced,” intended to reassure those who may be contemplating suicide that they are important. It is also hoped the bracelets will serve as a reminder for other teens not to ignore warning signs they may see exhibited by their friends. The students’ efforts raised $600 for Monmouth Medical Center’s Children’s Crisis Intervention Services program, which provides evaluations, assessments and treatments for children between the ages of 5 and 17 in acute crisis. Monmouth County and Bergen County were reported as having the highest teen suicide rate in the State in 2011, according to the Junior League of Monmouth County.(3)

Other efforts to reduce teen suicide include proposed legislation that would increase the number of hours of suicide prevention training the State’s public school teachers are required to receive from two to ten hours over their five-year professional development period. New Jersey requires such training to be given by a mental health expert. Supporters of this bill recognize that teachers are in an ideal position to recognize early warning signs of depression in their students and need to be properly trained to approach those students deemed to be at risk.(1)

The Victory Bridge in Perth Amboy, which spans the Raritan Bay, has been the site of 23 suicides and 84 attempted suicides since it was rebuilt in 2005. Just last week, it was announced that the Department of Transportation authorized the installation of barrier fences to help prevent people from jumping from the Victory Bridge and nearby Route 9 Bridge. Construction on the fences, estimated to cost $1.15 million, is expected to commence on November 10.(4)